Today, we are talking about Novak Djokovic’s diet, or more precisely, about what the newspapers write about his diet. I say this because I don’t know what Novak eats, but I know what is written in the newspapers. I don’t know if what is written is true or not, but I’m afraid that a lot of people don’t think like me – and that is that I take everything with a grain of salt until I see it in person, and that they will believe newspaper articles in every word.

Specifically, this article, that we are addressing today, gives an absolutely wrong picture about a healthy raw diet.

When readers who know nothing about a raw diet, read the sample of the mentioned meal plan of our great tennis player in the article in question, they will get a completely wrong picture about a raw diet.

The article gives a sample of one of Novak’s meals on the raw diet as the following: peas and corn with parsley and olive oil, carrots with ginger and lemon, grated cucumber and waldorf salad, walnuts, apples and mayonnaise from cashews and mustard.

Let’s analyze the above described meal.

This whole meal is extremely difficult to digest, soaked in fat, gives a lot of calories from fat, and little sugar.

The book The 80 10 10 Diet explains very nicely why sugars are the ones that should dominate the diet, and that we should reduce fats and proteins to only about 10% of the total calories. When we eat more fat than we need – about 10% of total calories – fats cause many problems, and here’s a brief explanation that would be interesting for an athlete in a sport where explosivness is important: fat moves through the digestive tract and the bloodstream at the speed of a sloth, while sugars move at the speed of a cheetah. For explosive power, sharpness of thinking and quick decision making, we need instant fuel, and that is fruit sugars.

So, we can conclude that the above described meal is an example of an unhealthy raw diet. And now let’s see what a healthy raw food meal would look like.

But before I give you that example, I want to make you think about raw food as follows: The point of a raw diet is not just to eat those foods that are typically cooked in their raw state, but the point is rather to eat the food that the humans bodies are biologically adapted for.

Just think about what our closest relatives – chimpanzees and bonobo monkeys – eat. They are stronger, healthier and longer-lived than the average person, and their diet consists of fresh, ripe, tasty, sweet, juicy, creamy fruit, young greens and smaller amounts of nuts and seeds.

Example of a healthy raw meal: 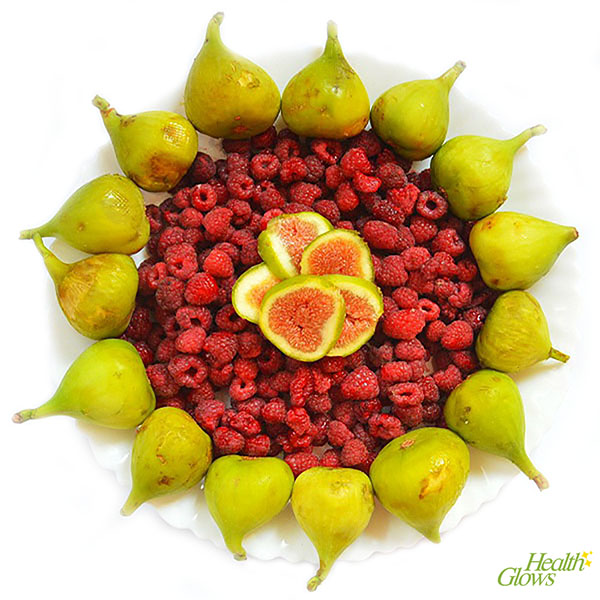 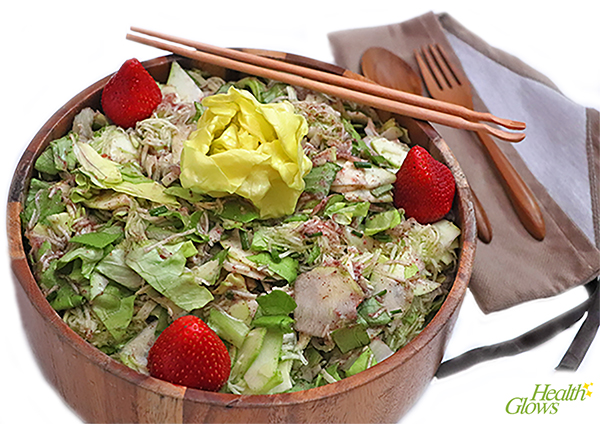 Quantities on a low-fat raw diet

Just for comparison, I, for example, all with my small size and two workouts a day, spend less calories of course than a professional tennis player, and I eat meals of fruit and salads that are from the stand point of the standard diet, large in volume so that people who are not familiar with a raw diet find strange that I eat such volumes of food. But just think for a minute, that amount of food which is rich in water, when heated, would lose water, and thus would significantly loose in volume. We do not take volume or weight from food, but calories. Raw fruits and vegetables are foods rich in water, so they have fewer calories per bite. This way, we need more bites to get in enough calories.

From the given example of meals from this article, people will get a picture that a raw diet is a diet of tiny portion sizes. The truth is the opposite! On a healthy raw diet, you eat large meals of the first-class natural food that is rich in sugar and water, and at the same time gives you instant fuel and hydrates the body. And hydration is extremely important – if an athlete is dehydrated, they have to leaves a competition.

As for the following part of the article that says: The question that every ordinary person asks is How can he endure training for a few hours a day, as well as playing matches that are exhausting if he does not eat meat?

Well, what does an ordinary person have to interfere in the diet of an above-average person? 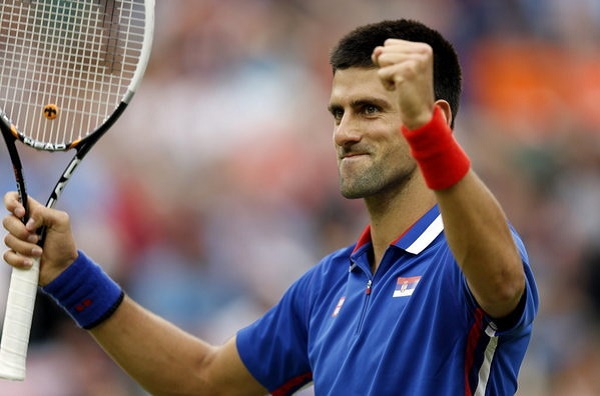 Wouldn’t it be smarter for ordinary people to copy that one above-average man? And maybe then eliminating those corpses from the diet would not be so ordinary anymore.

And now seriously, corpses are extremely difficult to digest, so when they are eaten, they take away a lot of energy.

Further in the text, a nutritionist states her esteemed opinion. It says My opinion is…

Why would we be interested in someone’s opinion? Give us the facts based on the physiology.

But, let’s just put a finger on our foreheads for a moment: where do the animal, whose corpse the nutritionist suggests our Novak to eat, get the vitamin B12 from? From bacteria! Bacteria are all around us as well as in the undestroyed intestinal flora.

As for your proposal, dear nutritionist, I have to ask you: does our Novak look like a vulture to you? Would you like our Novak to be poisoned by some corpses for which all unbiased and seriously conducted studies in the world have shown that they are the number 1 cause of atherosclerosis, heart disease, kidney failure, diabetes, etc.? And as for the ethical side of your proposal… shame on you!

And now that I’m done with this nutritionist, let me speak to Novak…

Novak… first I want to thank you for all the nice things you have done and are doing. You are a wonderful energy and a great example to people around the world. I would be very happy if you read the book The 80 10 10 Diet. It can be ordered on my website, but it is also available in, for now, 4 libraries in Serbia. I have personally donated to 3 libraries, and if necessary I will donate one to you too, just so you would read it. The author of this book was Martina Navratilova’s diet coach, so you can check out her experience with this diet. Also, on my YouTube channel and site, there are interviews with one ultramorathoner, one boxer and one bodybuilder – who are on a raw diet according to the 80 10 10 principle. More interviews with athletes on this diet are planned.

As for the newspapers and evil tongues… I know that you are stronger and bigger than all of them together, so they can try, but they can’t do anything to you!

I hope this blog post has brought a little explanation regarding the raw diet. Feel free to share this post if you think it would mean something to someone.